When I first heard about the ABH x Nicole Guerriero collaboration. The makeup hoader in me needed to have it, no matter what is was.  I initially thought it was going to be a eye-shadow palette. But we soon all found out that it would be the Anastasia Beverly Hills x Nicole Guerriero Glow Kit.

Nicole Guerriero, has bee a YouTuber for about 7 years now. I have been watching for years and I have loved her online personality – her looks she has done through the years. Her Halloween looks are some of my favourites.

In a recent allure interview Claudia (Norvia ) was asked Why did Anastasia Beverly Hills decide to collaborate with Nicole Guerriero?

Claudia, said that they have been fans of Nicole and have wanted to collaborate with a YouTube beauty guru for a while. Nicole is one of the originals, so we felt it was a great fit. This is Anastasia Beverly Hills first collaboration with a YouTuber, I think that is pretty cool.

The Anastasia Beverly Hills x Nicole Guerriero Glow Kit is a limited edition palette that officially launched March 3rd on The Anastasia website and on Sephora online. Stores should officially have them on the 15th March. I know some stores have been receiving. So I would just call my store ahead of time to make sure they have them in-stock.

The packaging is pretty standard just like all the other Glow Kits from Anastasia. The Glow Kit contains six metallic powder highlighters.

Layer multiple shades or apply separately on face and body for a luminous finish. I’ve been seeing a lot of people using DayDream as a all over eyeshadow colour or as a blush.

Ideal for use with Brush A23. For added radiance, apply with a damp makeup brush or sponge

I personally love this Glow Kit, I think a little more than my That Glow kit for ABH. These shades a unique to me. I was able to use all the highlighters on my skin to achieve various “glows” I use Forever Young and Forever Lit as like subtle glows. The rest I use as my highlight on fleek. Forever Lit is actually my favourite highlighting shade. I don’t own anything like it. It also great to mix with the other highlighters in the kit.

They feel really buttery and smooth they are not glittery, even though there are very tiny specs of glittery, they do look metallic at first glance. However, they blend beautifully on the skin.

I think Nicole did a great job with her Glow Kit and she should be very proud of herself, I do actually wish they made the highlighter pans removable for people who would actually like to customise their own highlighting kits. But I guess I can see why they probably did not do that.

Did you pick it up? what are your favourite highlighting shades? or did you pass on it?

I am from Cape Town South Africa, but I am living in Houston, Texas.A beauty and lifestyle blogger

Step By Step: How To Add Social Media Icons To Your Blogger

Welcome to stephnstuff My little happy place where I share things I love and things I don't love as much. 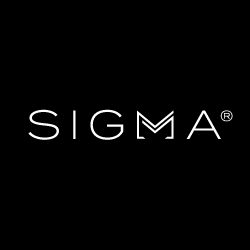